What becomes of the uncontinued? 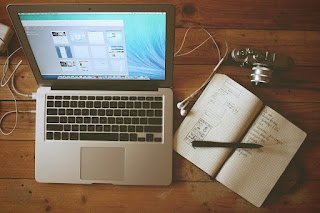 I call them uncontinued, because to name them discontinued lends a sense of finality. They may, of course, be picked back up again. The prefix "dis" means a negative force. Not continued. But they are just not continued for the moment. Therefore uncontinued.

Whilst off work recently, and saving my voice, I trawled the internet as usual. Well this time, I did some work on my old blogs. I have two (a private one and this public one) and I hadn't blogged on this once since July and the private one since October last year. I have thought over the last year or so that I was probably a bit too early with my ideas with blogging. I blogged (privately) intensely about my son's baby/toddler/child/teen-hood from 6 weeks of age. He's now 11 and I know there would be more of an audience now were I to have started this lark last year. In the past, I made up a story called "That's not my son" using the "That's not my..." books as inspiration. Now these sorts of things are being done all the time. I saw a part time job advertised the other day for a writer with a sarcastic/funny view on parenthood to write for a parenting events magazine locally. Years ago I'd have jumped at this - in fact I did used to write for a Hampshire based events magazine, free of charge of course. I wrote for the local NCT magazine. I haven't ever wanted to make money from writing, or blogging, but I have just loved doing it. Over the past few years, life has taken over. And my son isn't as interesting as he used to be. Of course he is to me, but can I really find a positive spin on the teentrums (sic) that my 11 year old has been having? (Oh I've just invented a new term there, time for a new article...) (Bugger, I just checked and it's been invented already.) You see? I should've started this five or six years later than I did!

Back to my original point. I haven't blogged much. Firstly because the Blogger app is no longer supported by Apple, and I don't use my laptop that much (apart from when I'm ill obviously). Secondly because Facebook has taken over. I love bloggers such as Totes Inappropes, Mum of Three etc and follow them on Facebook. I have taken my blogs to Facebook too, which lends for smaller updates, and have even created a new Facebook page, Mum of a Tweenager (used to be Mum of a Tenager). Don't even start me on Twitter. My blogs tweet (apparently) but I can't get my head around using it. I tried to have a conversation once with someone and was delighted to get a response, tagging me. I tried it again, to no avail and I was left wondering what I'd done wrong. What faux-tweet-pas had I unwittingly made to reveal my ineptitude? Instagram is the only medium I've not properly used. Of course, I have an account (who doesn't?) but it is mostly to catch up on what my boy posts. Maybe this is the future...

I'm still digressing! I used the Blogger function Next Blog sitting at the top of the page. Where would this random algorithmic link take me? I used to see blogs written about baking by Louisa from Arizona; family updates by Brad and Shona who relocated to Australia; manga art pages by SikRud from Another Planet. Where would I go today? I felt like Mr Ben. I clicked. I got to - wait for it - a baking page all about yeast. OK, next blog. Something about dirt and children, yep I can see that'd be interesting to read. A poetry page by Hannah. The next ten or twelve I click on are all religious sites, in which I have no interest. I move on. I find this. Angst-written posts by an angst-ridden man. Written in December, he's lost the love of his life. He is trying to move on with his life because "no one is interested in a man who has nothing", but he is giving up the following year to winning her back. He gets drunk, in front of his parents too, and is sick. He flies from the US to Singapore "for a day". He heralds the new year. But it's 2012, not 2017 he heralds. I pause. There are no further posts. I can't have this - I have too many unanswered questions! Where is he now? Did he drink himself to death? Did he ever find the love of his life again? Did she take him back? Or did she move from Singapore to Australia and is currently shacked up with Brad? (Poor old Shona keeps updating the blog, but it's hard to find the time now she's on her own with the kids.)

My point is this. Unless deleted, blogs are still there. They exist. In the ether. Who will look back on mine in years to come? My son? A random blogger, off ill trying to take her mind off her sore throat? Who knows? Now, let me try to get this linked on Instagram. I feel a new audience coming.