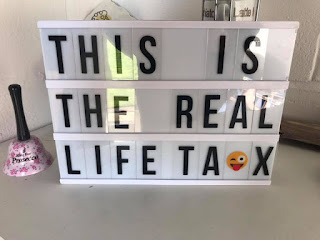 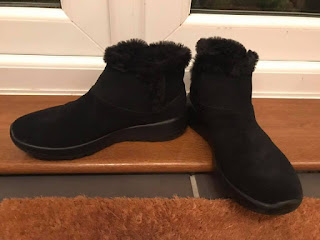 Sadly, my newly restored motivation for getting outside to do more exercise took a hit in the form of plantar fasciitis. For the lucky ones who don't know what it is, it is a bloody annoying pain in your arches and on your heel. I have had to wear my old moulded (not mouldy) insoles to help. I am obsessed with Skechers so I bought these comfy boots, only to find that memory foam isn't great for my foot thing, so in went the insoles. But they're still lush. I also bought a pair of Skechers shoes with a slight wedge, but they will be appearing in the spring, not quite yet. 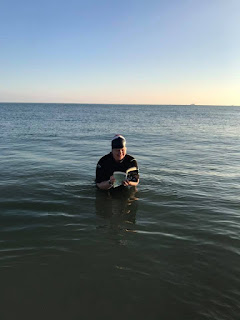 This is me in the water doing a school reading challenge (the most unusual place to read). I have still been dipping every week with my friend. New Year's Day we went in skins (that's without a wetsuit) but I've been wearing my shortie the other times. As ever, I feel great afterwards and there have been some sunny times back at the hut warming up with a cuppa. 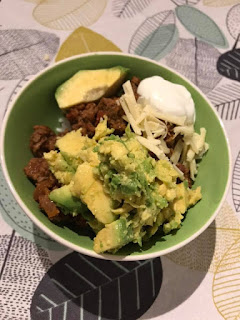 My food mojo has returned! I'm always able to eat, but the motivation for cooking properly disappeared last year. However, on this occasion, I amazed myself by cooking a chilli, lasagne and butternut squash soup all at the same time. Here's my chilli bowl with smashed avo and natural yogurt. Delish. I've also bought a new tablecloth which has oddly made sitting down at the table more attractive. 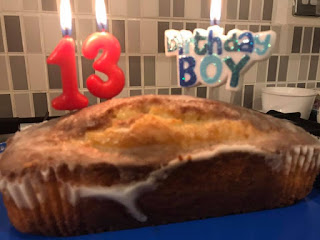 The boy turned into a teenager this month and requested my lemon cake as a birthday cake. No party for the second year, just a friend over for a takeaway (or rather three different ones) and an XBox session/sleepover. On his actual birthday, we went into town after school to spend his money. For the first time ever, we didn't argue about shoes. He purchased a pair plus some other things and we enjoyed a nice Mexican meal out. He's growing up... 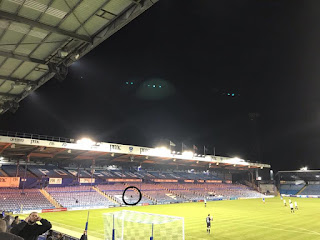 He's been asked to be ballboy at random matches before, but has only agreed now. He's sat on his own in the stand (circled) and had two catches to deal with. In fact, he was asked to "f-ing hurry up ballboy and return the ball" on the second! He really enjoyed it and we hope he'll do it again. In other football news, he's been having a season of two halves and two teams. We are, as ever, proud of him. He's been playing more for his school team too (and for the year above) and scoring lots of goals so has suddenly decided he wants to go back to being a striker! It's all fun and games. 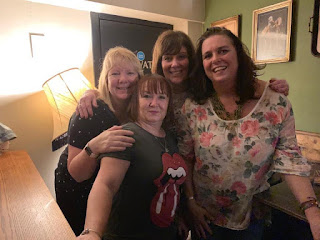 Mr Humdrum and I have been together 25 years this year (eek) so we have decided to attend 25 gigs! And festivals only count as one! So this is the first this year, The Fabulous Fug Band (a friend at work's sister's band). It was a brilliant night in a Petersfield pub with fab friends from work. Not much of a hangover either! 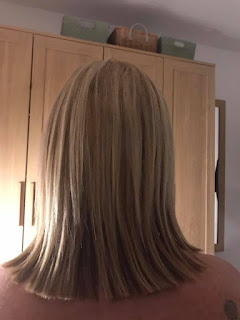 If this was a video, you could see it swish. But you'll just have to imagine it. I love my hair when it plays ball.

My month
Labels: My month