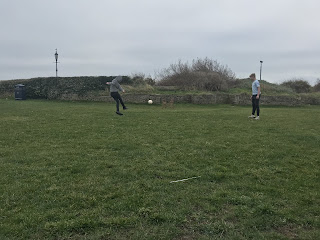 Half-term holidays have begun to mean the boy lurking around in his room during the winter months, and out and about with his mates in the summer ones. Not with me. However this time, he spent time four days in a row (yes FOUR). Here he is at the beach hut, with his mate. He's about to break a chair of mine and spend the rest of the afternoon destroying it fully. Happy days. 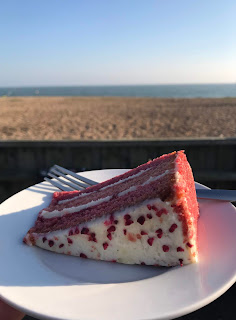 This cake signifies all of the cake I had at half term. I certainly made the most of all of the catch-ups with my friends. With cake. And gossip. 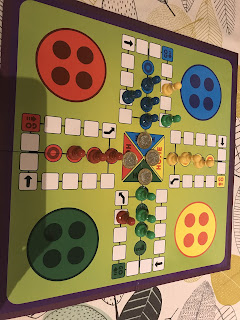 This is Killer Ludo. My dad is the world's meanest Ludo player and he cheats to win. He usually does win to be honest. But he's not honest. The boy loves playing with him, trying to be the alpha male and not let him win. Over the years, the boy has become less likely to get upset when his dear mother gets him out. He's even trying to cheat now like is grandad, but not as successfully. We catch him! 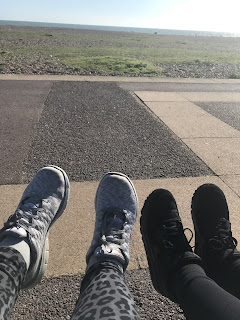 Another day spent with the boy at half term. 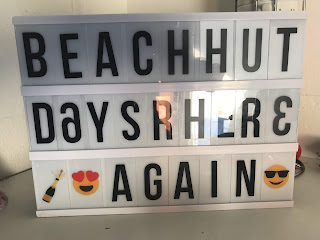 The weather was so clement that I had a beach hut day! 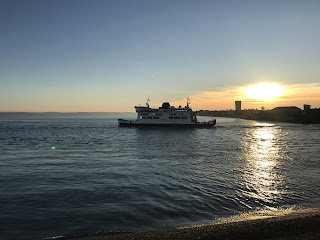 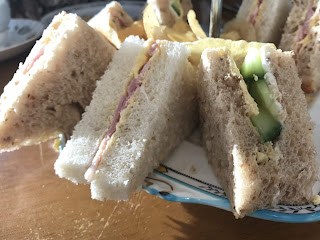 It was my mum's birthday and we celebrated with afternoon tea. 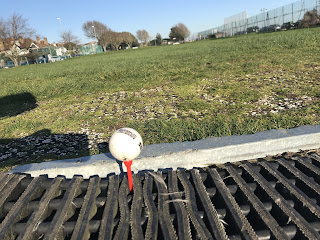 I must say I do choose some good activities. At the beginning of half term, I took us all bowling which was great in the first game as I won, so the boy didn't get upset that dad won. The second game, however, dad won so the boy lost interest! The last day of half term, I suggested golf links. I just about managed to tee off properly at the end of the course! Dad won, of course. 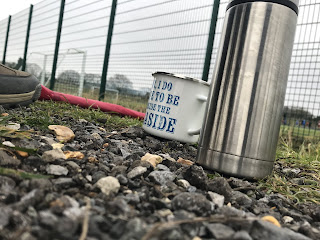 The football continues. A different place. A new mug! 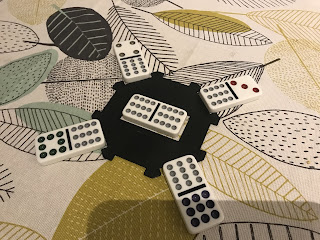 My parents and I like to play games aside from Killer Ludo. This is Mexican Train which the boy hates, but we love.

My month
Labels: My month